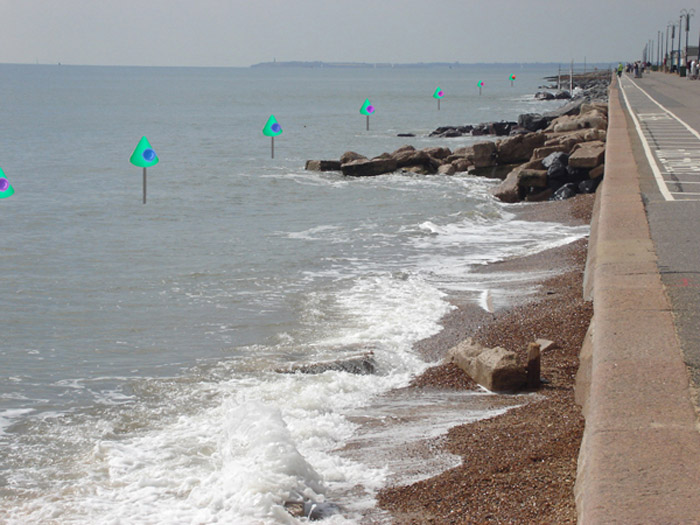 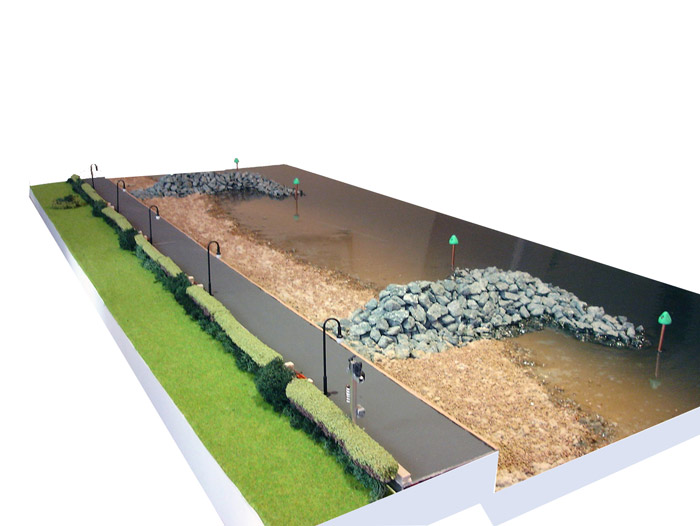 A coastal improvement scheme had replaced the existing coastal defences with ‘T- shaped rock fishtail’ groynes, which are to be sited on the Southern Felixstowe frontage. These were seen as the best solution to erosion and flood defence risk; technically, environmentally and economically.

Elpida was commissioned by Suffolk Coastal District Council and worked alongside the Coastal Defence Scheme for 6 months. The first stage, her design of the project was completed, but the second stage was never realised due to funding issues.

The selected proposal was the creation of a weather station. The station would record various data to then be used/transferred into light and sound at the end of groynes along the beach front at Felixstowe, giving the residents and visitors a visual representation of daily weather.