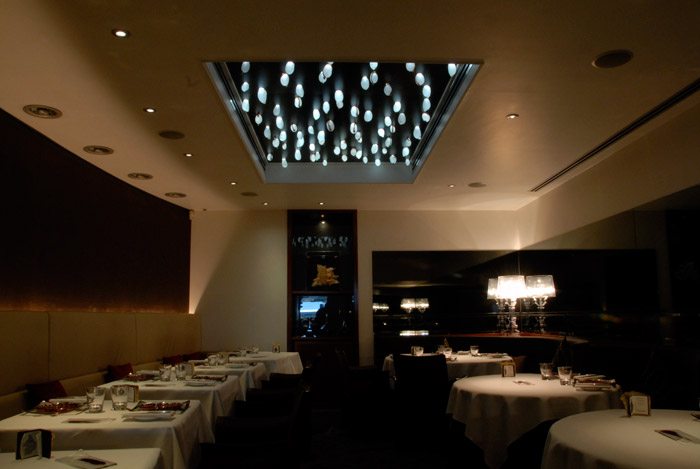 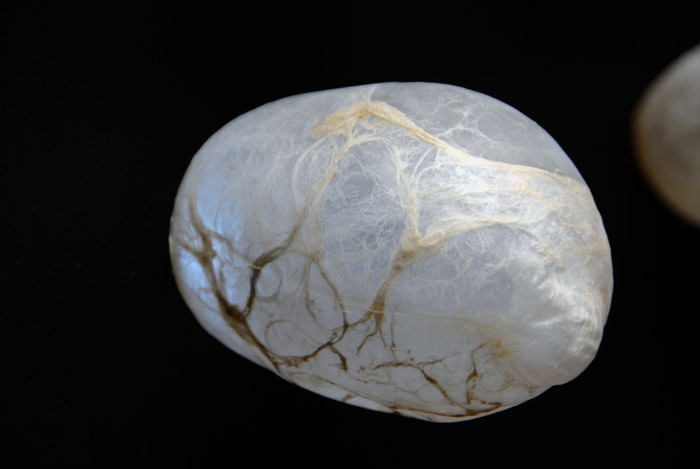 Elpida was the first Artist-in-Restaurant at Pied à Terre, Michelin-starred restaurant in London and Witness of Virility was part of her solo exhibition ‘The Wish of the Witness’, at the culmination of the 8 month residency (2011).

The installation was made out of eighty sheep’s testicles, sourced from the restaurant’s kitchen, that have been preserved and sculpted into beautiful ‘light bulbs’. This and the other works in the exhibition, sought to position themselves between the beautiful and the brutal; ‘recomposing decomposition’ into beautiful forms. The Wish of the Witness follows a period of in-depth research by the artist, in close collaboration with the chefs, and is influenced by the restaurant’s daily routines and menus.