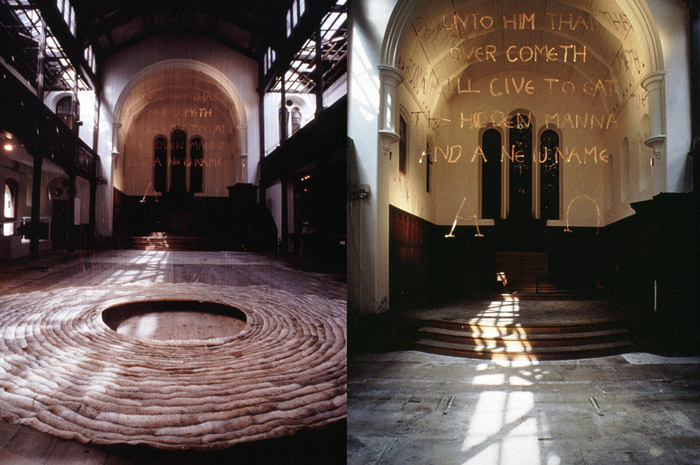 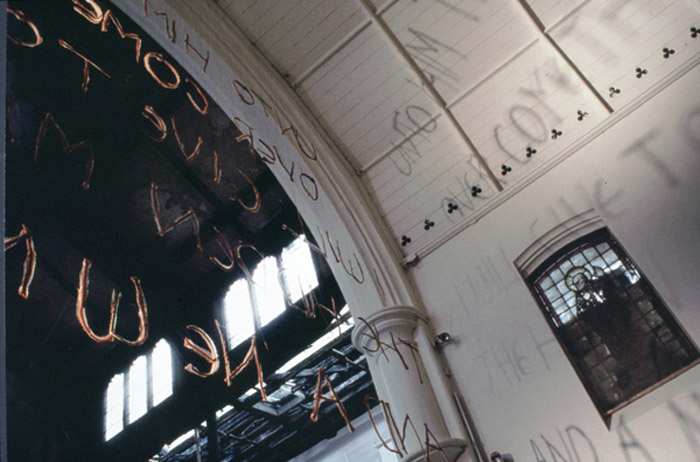 Re|sort was commissioned by Fabrica Gallery in Brighton. The installation was an intricately constructed ‘altar screen’ made out of fish bones, that re-created religious text from a painted-out mural in the chancel area of the building:

The large circle made out of Salmon skins, suspended in the middle of the gallery, was part of Epidermis (originally commissioned by Berwick Gymnasium Art Gallery as a response to the decline of its local fishing industry). Epidermis was re-framed for Fabrica as a site-sensitive piece that elicited new connections with Brighton’s own fishing industry past and present. Epidermis was exquisitely crafted from one thousand salmon skins, suspended on hundreds of coloured nylon threads from the roof of the exhibition space, in a shape of a cross.