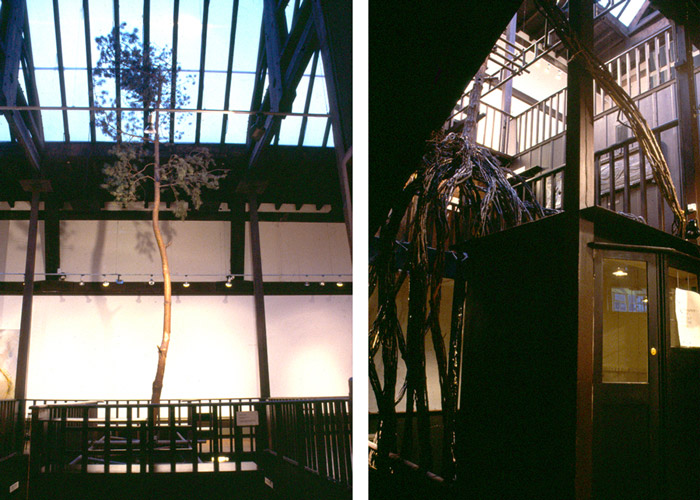 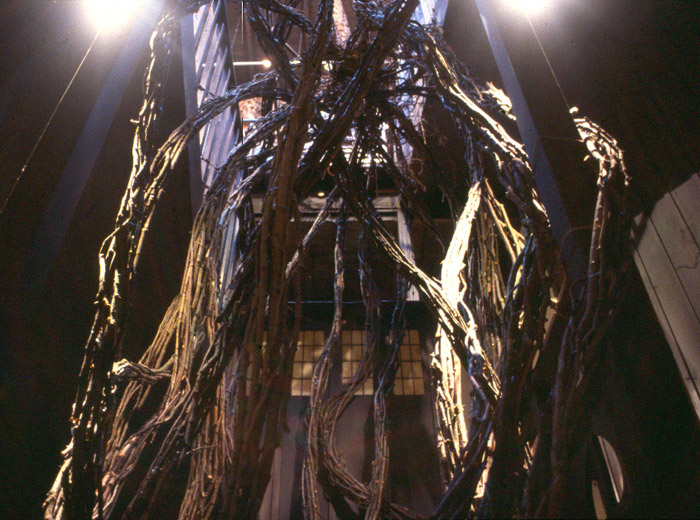 ‘One enters a vaulted central lobby which, though spacious has a generally low level of illumination, and progresses through the space as though being led forwards to a staircase a veritable forest in the centre of the building. The central staircase leads up from the entrance hall into the Museum, with a pitched glazed roof flooding light into the interior. ….the subtle detailing implies that the staircase is a living forest of vertical shoots culminating in four stylised “trees” that grow upwards to appear to support the canopy of the roof.’ Anthony Jones, “Charles Rennie Mackintosh”

This work attempted to explore the tensions between and within spaces, evoking the sense of mystery and complexity of what lies beneath and how it manifests itself above ground. As the viewer was led into the darkness of the basement area, streams of branches spread within the space, which was heavy with moisture, cool and scented – the experience was deceptive and changing, an awareness of the fragility of nature, a desire to move from the dark into a deeper darkness and an anxiety about your procession through and out of the space.