No Escape from Within 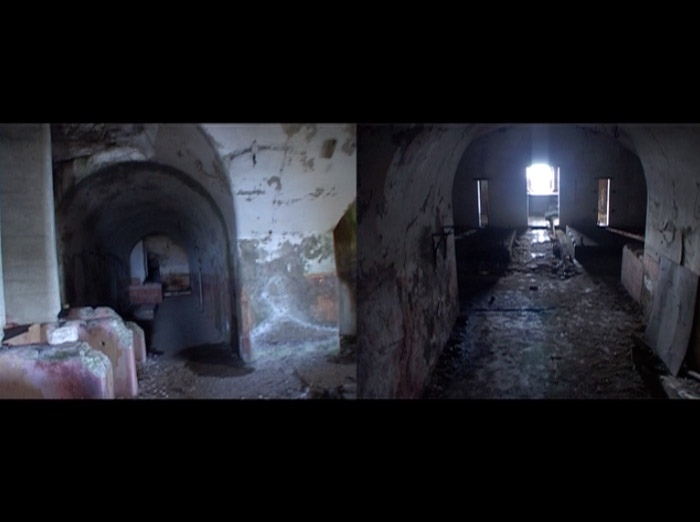 The work was shown as double projection at L’H du Siege, Valenciennes, 2008 and created at the Sirius Arts Centre in Cobh, Ireland where Elpida was an artist-in-residence, October 2006.

Elpida used the architecture of the Fort to investigate absences in time, identity, nationalism and cultural development.

The work drew ideas from the local history and the architecture of the Cork Harbour, which is the third largest natural harbour in the world. The work looked at the strategic importance of Cork - how the harbour became a naval anchorage, the defences that where built in the seventeenth century for the immediate protection of the city and the two-tiered forts at Cobh at the narrowest point to close the harbour entrance.