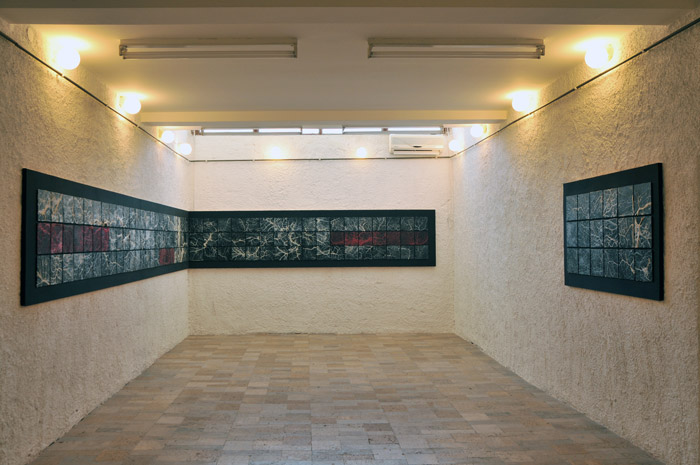 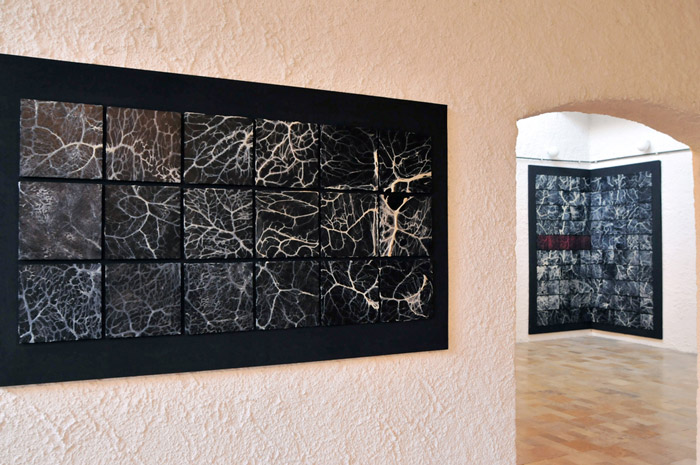 In 2010 Hadzi-Vasileva was awarded the September 7 award by the National Assembly of Kavadarci, Republic of Macedonia. This award recognizes special achievements in the field of Fine Art and Sculpture.

Inherent Beauty 2 was Elpida’s first solo presentation in her town of birth Kavadarci and it comprised an installation occupying 3 different rooms on the first floor of the museum. The work had been originally commissioned in an alternative form by Public Room in Skopje.

The installation was created from over 400 square tiles, mathematically arranged on the gallery wall to resemble a tapestry. Each black tile (20x20cm) was layered with membranes from pigs’ stomachs to create surprisingly beautiful images. Every square had poetry of its own, its own imprint, existence, and pulsation.

Accompanied by a publication with an essay by Ana Frangovska, Curator at the National Gallery of Macedonia - download (PDF).