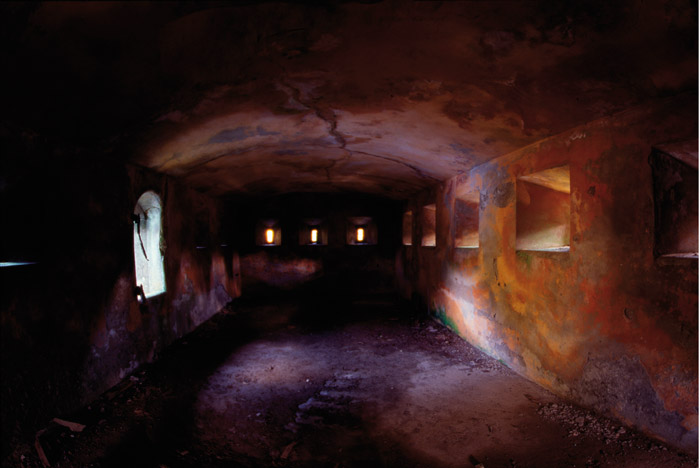 The work was created at the Sirius Arts Centre in Cobh, Ireland where Elpida was artist-in-residency in October 2006.

Fort Davis drew on ideas from the local history and architecture of Cork Harbour; which is the third largest natural harbour in the world. The work considered Cork’s strategic importance - the harbour became a naval anchorage, the defences were built in the seventeenth century for the immediate protection of the city and the two-tiered forts at Cobh were positioned at the narrowest point to close the harbour entrance. Spike Island, a classic star-shaped fortress, was built to enhance the fortification of the harbour in conjunction with Fort Camden and Fort Davis. This upgrading of defences followed the American and French revolutions, which strategically resulted in a perceived threat on the South Western approaches to Great Britain.

Using digital photography and image manipulation, Elpida used the architecture of the Forts and the military buildings - which had either lapsed their military functionality or were in use for some other purpose - to investigate absences in time, identity, nationalism and cultural development.